Best Universities In Japan For International Students – 2021 Ranking And Tuitions 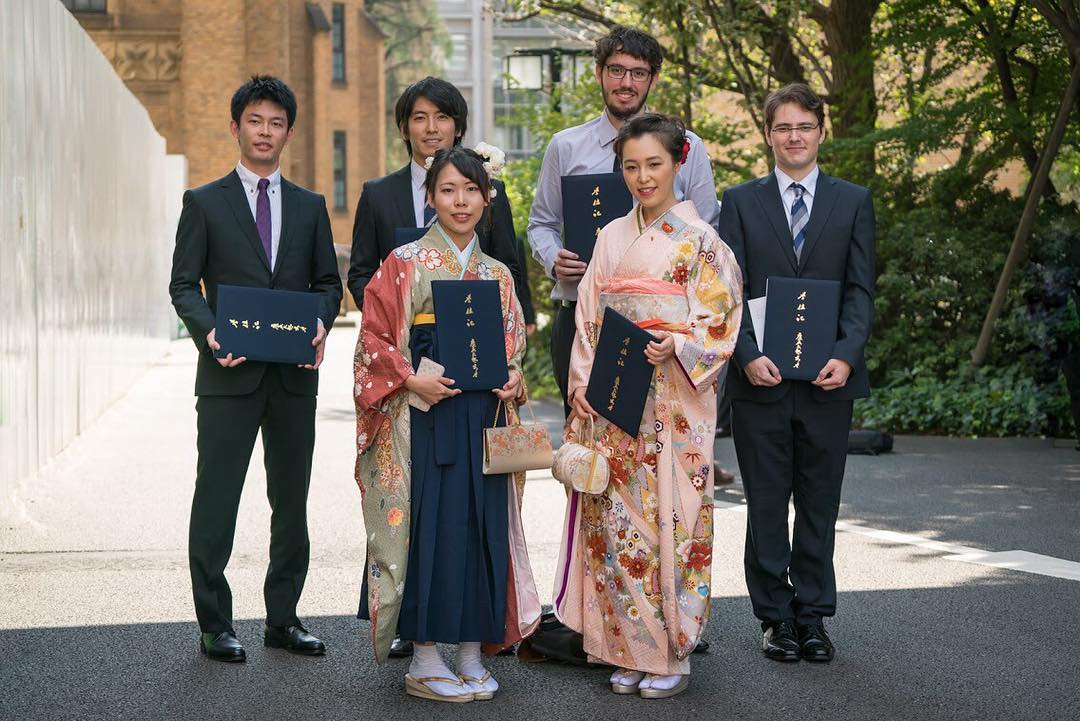 In Japan, there are 780 universities many of which constantly rank in the top 100 best universities in the world. Along with generous scholarships, Japanese higher education has plenty to attract foreigners. In this article, we will take a closer look at the 11 best universities in Japan for international students. There will be some useful information such as their rankings (according to universityrankings) and tuitions. 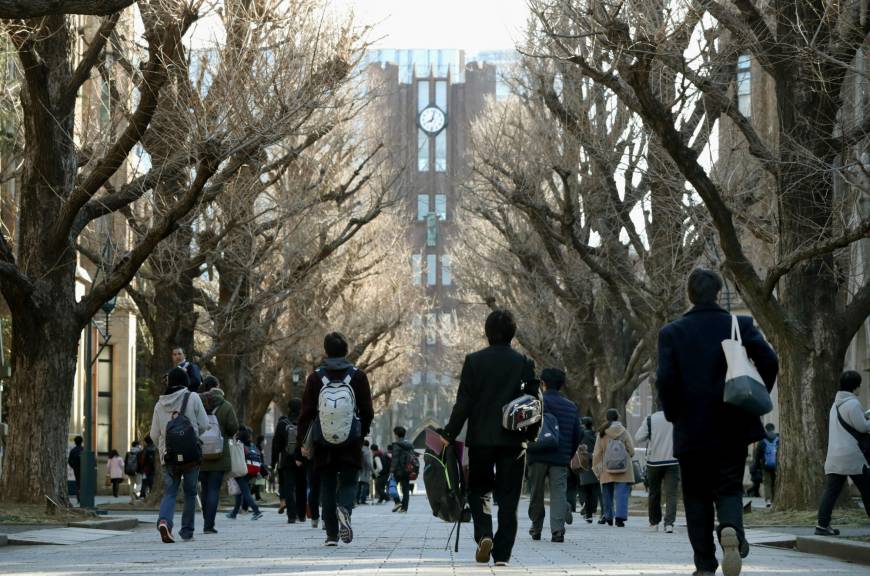 Now The University of Tokyo is not only the Japanese most prestigious university but also a world-class institution for education and research opportunities.

The University of Tokyo or UTokyo, the first public university in Japan, was established in 1877. Now The University of Tokyo has grown into not only the Japanese most prestigious university but also a world-class institution for education and research opportunities. It has 15 graduate schools covering 10 faculties including Arts & Science, Agriculture, Education, Economics, Engineering, Letters, Medicine, Law, Pharmacy, and Science.

Tokyo campuses are scattered all over Japan, but normally in big cities. For instance, in Tokyo, there are 5 campuses, Hongo, Kashiwa, Komaba, Nakano, and Shirokane, which are all located pretty close to main tourist destinations. Above all, UTokyo allows transit among campuses. So UTokyo students can easily change the cities throughout their study.

To sum up, if you want to access intensive academic development and have diverse experience in Japan, UTokyo is among the best options.

In addition, a big advantage of studying at Kyoto University is the small rate of faculty to students (11:1). As a result, class sizes are smaller. In addition, students can have more effective interactions with lecturers. Last but not least, Kyoto University provides international students MEXT scholarships for approximately a quarter of students. This national scholarship covers tuition, as well as one round-trip flight ticket.

Demonstrated by its name, the Tokyo Institute of Technology or Tokodai is the top-of-mind university in Japan for science and technology education. There is a total of 3 campuses, the main campus is in Ookayama, and 2 other satellite branches are in Tamachi and Suzukakedai. 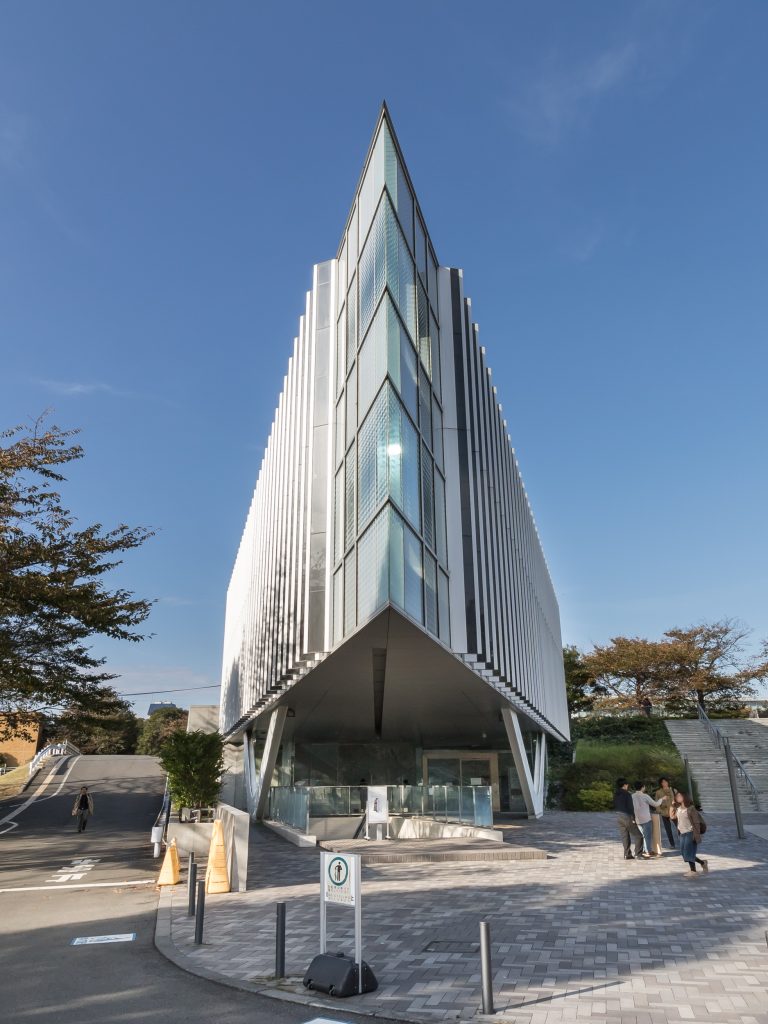 The Tokyo Institute of Technology or Tokodai is the top-of-mind university in Japan for science and technology education.

Tokodai comprises 3 undergraduate schools in Science, Engineering, and Bioscience & Biotechnology. Besides, it has 6 graduate schools offering studies in Science & Engineering, Bioscience & Biotechnology, Innovation Management, and Information/Decisive Science & Technology. Regarding scholarship, international students in Tokodai can apply for the Japanese Government MEXT and plenty of privately-funded bursaries. In conclusion, the Tokyo Institute of Technology is the ideal place for someone who seriously seeks a career in IT or engineer. In conclusion, the Tokyo Institute of Technology is the ideal place for someone who seriously seeks a career in IT or engineer.

Almost always ranking among the top three public universities in Japan, Osaka University has even longer history than the University of Tokyo. In 1724, it was founded under the name Kaitokudo merchant academy, then officially changed to Osaka University in 1931. Osaka University has 3 campuses, Minoh, Toyonaka, and Suita which are all in the Osaka Prefecture. While Toyonaka houses Faculties of Law, Letters, Science, Economics, and Engineering Science; the Suita campus is home to the Faculties of Pharmacy, Medicine, Dentistry, Human Science, and Engineering. Last campus, Minoh majors in Foreign Studies. Because Osaka University is part of the government’s G30 project, it offers an English-medium undergraduate program that lasts 4 years. Although the program only started in 2011, it has attracted over 2000 foreign students at a time. Fun fact, Sony founder Akio Morita is also a graduate of Osaka University.

In the Sendai area, Miyagi Prefecture, a large metropolis with a population of over 1 million, lay 4 campuses of Tohoku University. While Kawauchi branch has the Faculties of Letters, Law, Education, and Economics, Seiryo campus teaches Medicine and Dentistry. Lastly, Aobayama campus houses the Colleges of Science, Agriculture, Pharmacy, and Engineering. Tohoku University is recognized for its innovative mindset that partly led the way into the future of education in Japan. It was the first university to accept females, graduates from technical schools, and international students to enroll. In the last decades, the institution is the pioneer in next-generation medicine.

Even though Tohoku tuition is affordable, the board of directors is very generous in giving scholarships for foreign students ranging from the MEXT scholarship, Monbukagakusho Honors Scholarship to the President Fellowship. Indeed, 33% of Japan’s Nobel Laureates in Science belongs to graduates of NU.

Above all, NU is renowned as one of the country’s leading faculties in Physics, Chemistry, and Biology & Biochemistry. Indeed, 33% of Japan’s Nobel Laureates in Science belongs to graduates of NU.

First, Kyushu University is named after the island that it is situated and is the fourth oldest national university in Japan. Its history dates back to 1903. After that, Kyushu University has expanded a lot in terms of campuses and fields of studies. For instance, now it has 18 graduate schools and 16 graduate faculties covering studies in Law, Medicine, Dentistry, Economics, Interdisciplinary Science, Engineering, Agriculture, and Design. Fun fact, Kyushu had the honor to welcome Albert Einstein on a visit in 1922. Because Kyushu University participates in the National Government’s MEXT project, it aims to promote globalize Japanese Higher Education, partly by offering a number of scholarships for international students. For example, some scholarships are Ushio Foundation Scholarship, the Ajinomoto Scholarship, and the Sun Noh Scholarship. Despite its old age, Hokkaido University upholds “The Frontier Spirit” and “Global Perspectives”. The university’s basic philosophies also involve “All-round Education” and “Practical Learning”. Since Hokkaido quote is “be ambitious!”, all the faculty members and students are managing to put the name of the university on the global map. In conclusion, Hokkaido will hold an open arm for any capable international student.

As the first private academic institution in Japan, Keio University started 150 years ago, providing Dutch studies. It has now become a major institution for higher education in the great city of Tokyo where students can have almost the same high-quality research opportunities as in the University of Tokyo. Keio University also has a wide network of academic partners and universities all around the world and offers a lot of exchange or dual degree programs. Therefore, it is definitely one of the top private universities in Japan for international students, The schools specialize in STEM-related fields such as Medicine, Mathematics, Engineering, Technology, Science.

As an active member in Super Global University and Global 30 internationalization projects, the University of Tsukuba pays a lot of effort on its globalization. The university cooperates with major universities in North Africa and Central Asia and offers multiple international studies. Furthermore, the percentages of foreign students in the University of Tsukuba is extremely high and three forth of its former and current students competes in the Olympic Games. Akita International University is among English universities in Japan for international students.

Most Akita students both local and international stay in dorms and are encouraged to join a variety of clubs as well as extra activities. This increases the personal interaction among students. Because of the high English language requirement at AIU, English native speakers will have no language barrier with roommates or classmates.

In a recent study by professor Katsuo Tamaoka from Nagoya University, 82.44% of international students in Japan said they are pleased with the choice. They claim their satisfaction is mainly because of the suitability of the curriculum.

What courses do international students usually study in Japan?

As you can from the list above, most of the best universities in Japan for international students specialize in Information Technology, Business Administration, and Engineering. These are also the most popular courses taken by foreigners.

How many foreigners are studying in Japan?

According to Japantimes, there are currently 312,214 international  students in Japan

What are the English Universities in Japan for international students?

Japan’s official first language is Japanese, so most universities offer programs in entirely Japanese. However, there are some universities that provide courses in partly or entirely English. These courses enable foreign students to enroll and study without the need of learning a new language. All the universities mentioned above are English universities.

How many Public Universities are in Japan?

What Online Universities are in Japan?

Ratings
PREV POST
What Is The Minimum Wage In Tokyo Japan?
NEXT POST
How Much Does A House Cost In Japan?