Buying a car in Japan itself is not expensive but the various recurring expenses including inspections (shaken), parking, gasoline, mandatory insurance are what raise the total cost tremendously. So how much are cars in Japan? Let’s read on to find out.

How Much Are Cars in Japan

Japan is long known for its developed automotive industry. The nation is home to some big brands such as Toyota, Suzuki, Mazda, Mitsubishi, or Yamaha. It would be impossible to name all the car models available in Japan, let alone list their prices. But simply put, they either belong to one of the two categories: white and yellow plate.

Yellow plate vehicles are used to only go “around town” as they are small, slow, and compact. A typical example of yellow plate cars is Kei The most common of yellow-plated cars are the Kei-cars. 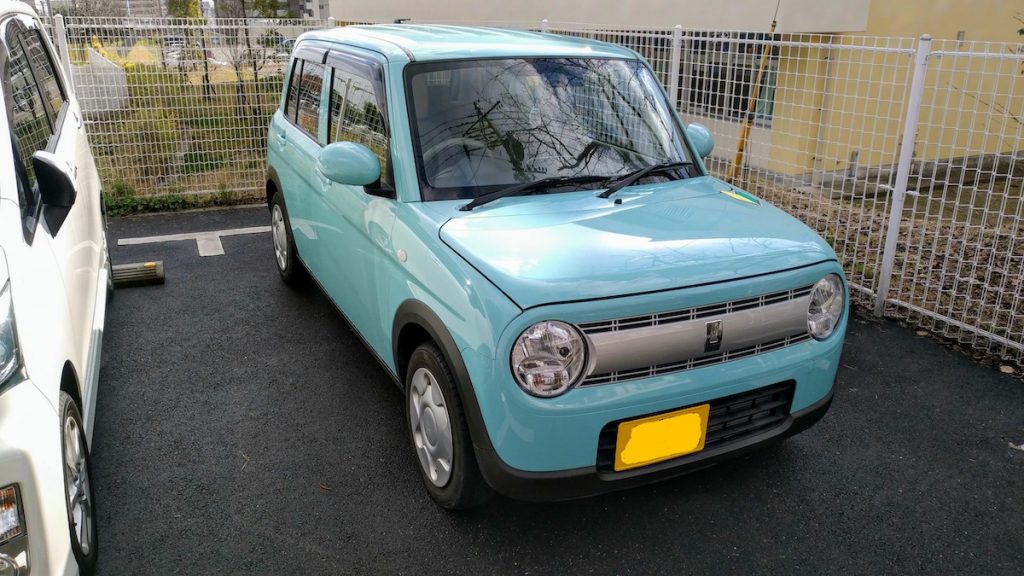 Yellow plate vehicles are used to only go “around town” as they are small, slow, and compact. 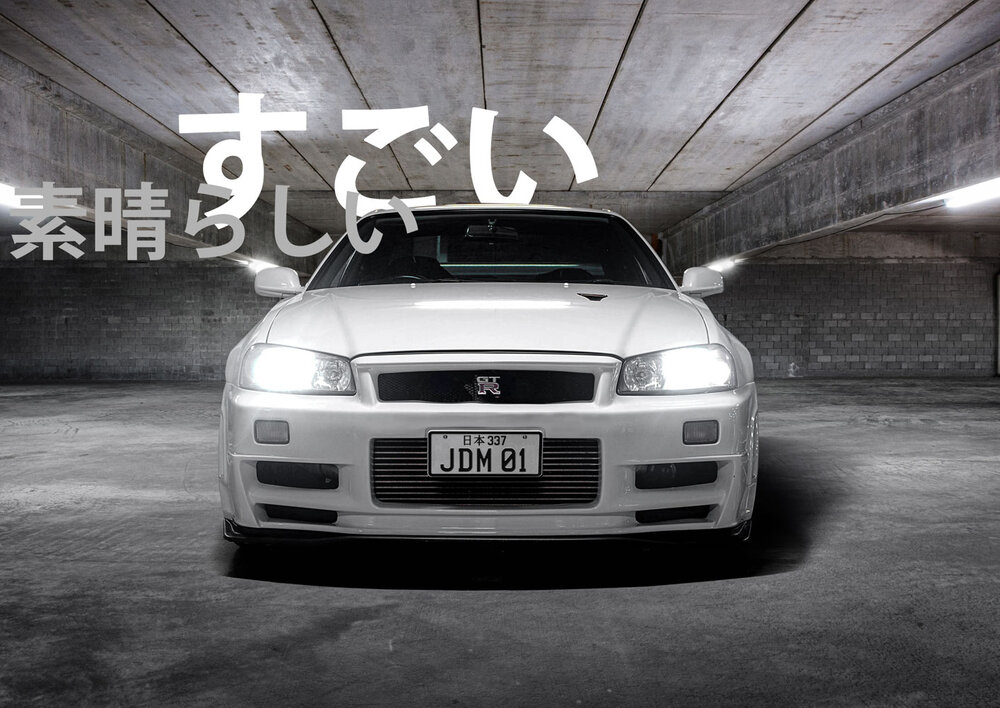 White plate cars tend to cost more than yellow plate cars both in terms of asking prices and maintenance cost.

So when you purchase a car in Japan, you have to pay the asking price, some taxes including automobile acquisition and tonnage tax (based on weight), name change, inspection (shaken in Japanese)

Recurring Costs for Cars in Japan

The following are what you should expect to pay after you own a car in Japan: 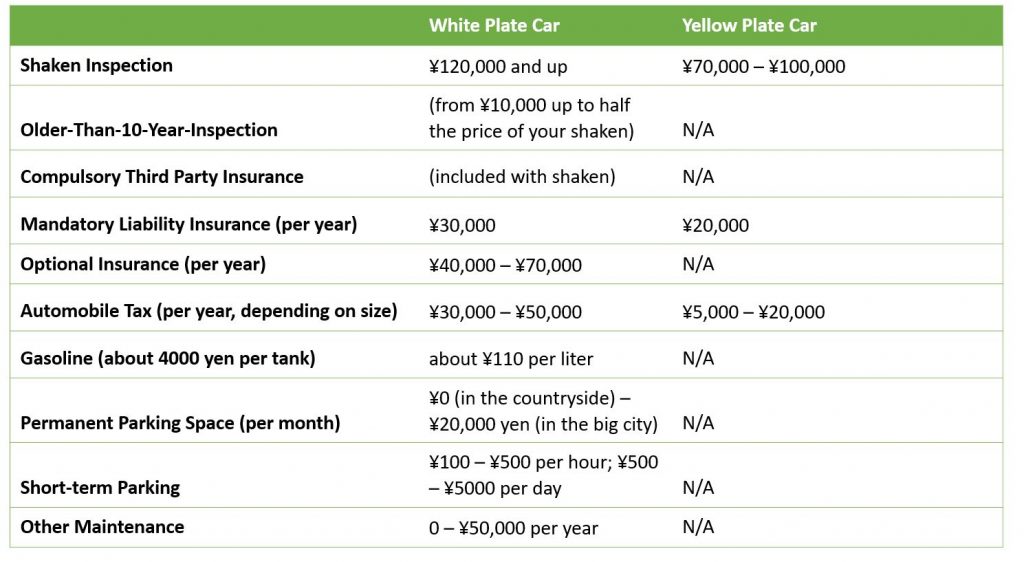 Car owners in Japan are forced to get their cars inspected bi-annually by a dealer or gasoline stand. This is called Shaken. Shaken was introduced to make sure all cars are “road-worthy” and hence, help the highway safer. The shaken process involves various tests ranging from wheel alignment, brake inspection, to speedometer inspection, undercarriage, suspension inspection, and an inspection according to Japanese Exterior Regulations.

The Shaken cost varies vastly based on the type and age of your car. Normally you have to spend between ¥70,000 ($628) and a maximal ¥180,000 ($1,615). But by keeping your car checked up regularly, you may save up even more extensive maintenance expenses compared to if you let the problem more complicated or beyond repairable. In the case your car fails the Shaken, it is illegal to run on a public road. Driving an unpermitted car will result in fees or further punishment, depending on how many infractions you have. One important note when buying used cars is to pay attention to the shaken expiration. Sometimes, you may see a car sold at a surprisingly cheap price. It is maybe because the car’s shaken time is drawing near. For example, a ¥150,000 car on shaken can turn out more costly than a ¥200,000 car with shaken renewal in the next 2 years. Of course, this comparison is true depending on how long your stay in Japan.

There are three types of car insurance in Japan. The Compulsory Third Party Insurance is included in Shaken. On the other hand, Mandatory Liability Insurance is paid per year at around ¥23,000 ($200). It is much more affordable than the average $1,426 car insurance in America (according to Zebra). Older cars that have traveled more will mean higher insurance fees.

Liability insurance in Japan is optional. But we highly recommend foreign residents get this insurance when they first come to Japan. Since the road is relatively narrow compared to that in western countries and regulation is also different, foreign drivers are prone to error or even accidents. In the case of hit-and-run accidents, liability insurance can really help reduce the cost. How can you buy car insurance? Except for The Compulsory Third Party Insurance, other insurances can be easily ordered online at some sites like Rakuten Drive Assist.

Many ex-pats are used to parking freely in their driveways back in their home countries. But in Japan, you have to find a sustainable parking spot or garage beforehand in order to own a car. Yes, the police actually check that. The monthly payment for a parking slot in the outskirts of small towns can be $83 on average while that in big cities like Tokyo will at least triple or even a tenth time higher. That means about $2,400 to $12,000 needed to be spent per year for parking in the capital of Japan. What is more surprising to ex-pats is that it is common that apartments in Japan don’t accompany parking lots. The best way to find a place to park is wandering around the neighborhood, it would have the kanji 月極 on a sign.

Another factor to count when using a car is the gasoline price which is around $4.20 in Tokyo.  This figure is higher than even the most expensive gas price in American, $3.75 in California. Due to the lack of fuel resources in Japan, it is totally understandable. Speaking of the gas tank, most cars in Japan has the 30-liter type that can run around 35 mpg and need to be filled after 245 miles.

Last but not least, you have to pay substantial tolls when driving a car in Japan expressways. Even though the toll fee is more reasonable than how much trains cost, it is still pricey if you travel city-to-city. For instance, the toll fee for a quick 2-hour trip from Sendai to Morioka can be up to $50, and from Tokyo to Hiroshima will be $294.18.

Is it worth owning a car in Japan?

The answer can be yes if you live in a rural area and intend to stay there long-term. A car in Japan is generally not that expensive. However, owning a car in urban areas, for example, Tokyo is considered haste to most people. This is because of crazy parking lot fees, the traffics. Besides, Japanese public transportation including trains, the metro, and taxis is convenient so there is no need for personal vehicles.

Which is better: bringing my own car to Japan or buying a new one?

The fee to ship a car from the US or Europe to Japan alone is quite competitive, at between $2000 and $3000. But the hardship lies in paperwork, importation tax as well as insurance. Furthermore, for a foreign car to run in Japan, it is needed to be inspected carefully which costs more than normal Shaken, at approximately ¥444,626 ($4000 USD). Therefore, people will skip this import option unless they feel extremely attached to the car.

How do I buy a car in Japan?

At first, there are many unique Asian car models and brands in Japan about which you can do some research online at ease for instance at Euro Japan, Auto Direct. Then, you don’t have to decide right away, go to the dealer for some test drive and keep in mind that you can totally ask for a bargain. Bringing a Japanese friend or a translator would help you negotiate the price easily.